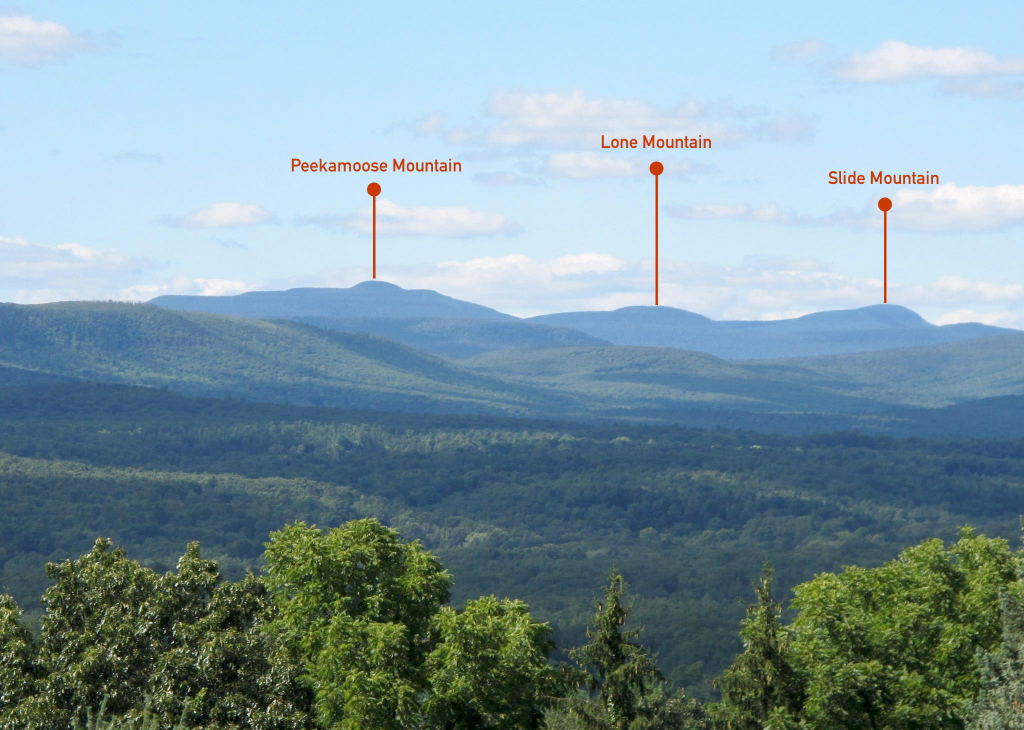 My original plan for this assignment was to use an image of mountains in the Catskills to create an informational layer that would identify the mountain and perhaps give some information about it. I would love to include an AR component in my thesis, which is largely about the outdoors and this would have been a little experiment for that. However, the images I was working with were not strong trackers and Unity never picked up on the image.

So, I tried something else. I have this pillow with a pretty bold pattern on it: 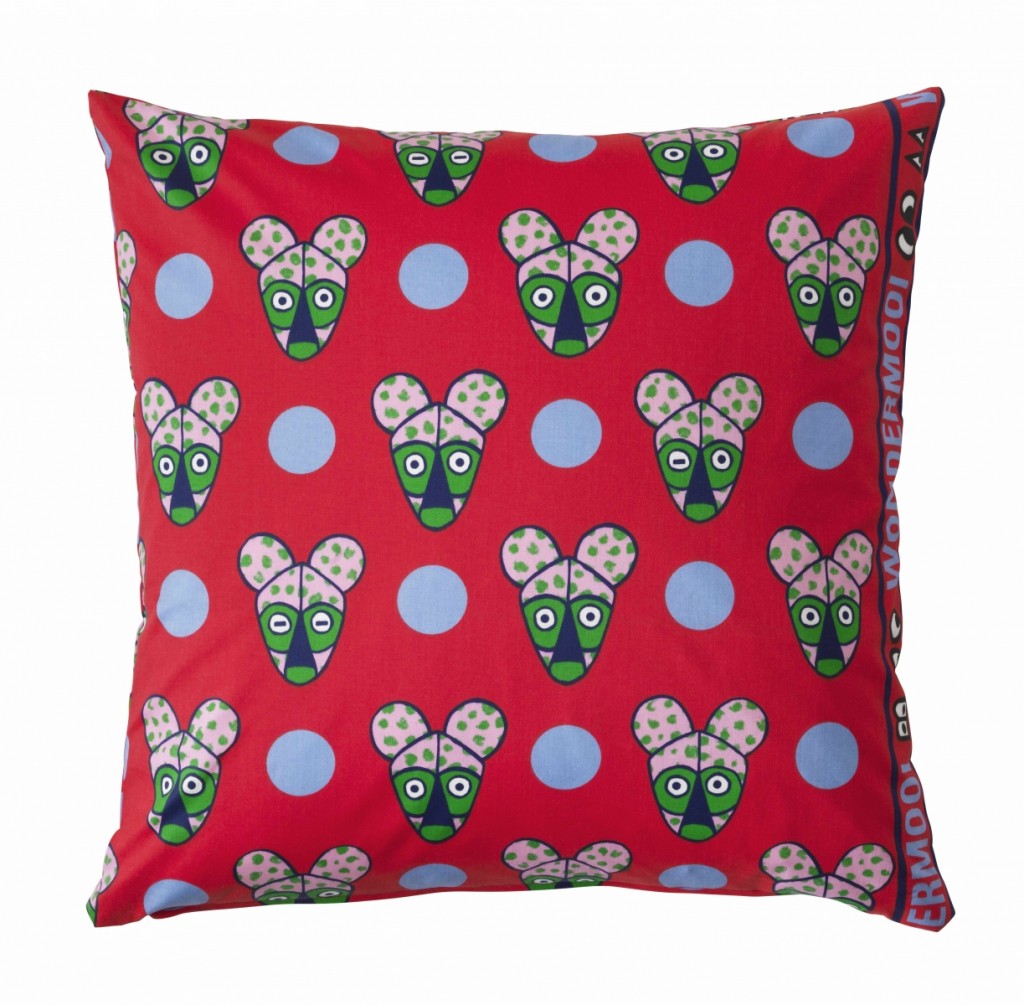 I thought that it would be neat to try and bring the little faces to life. What are they like? What are they up to during the day when I’m not home? Do they resent being squished all the time? 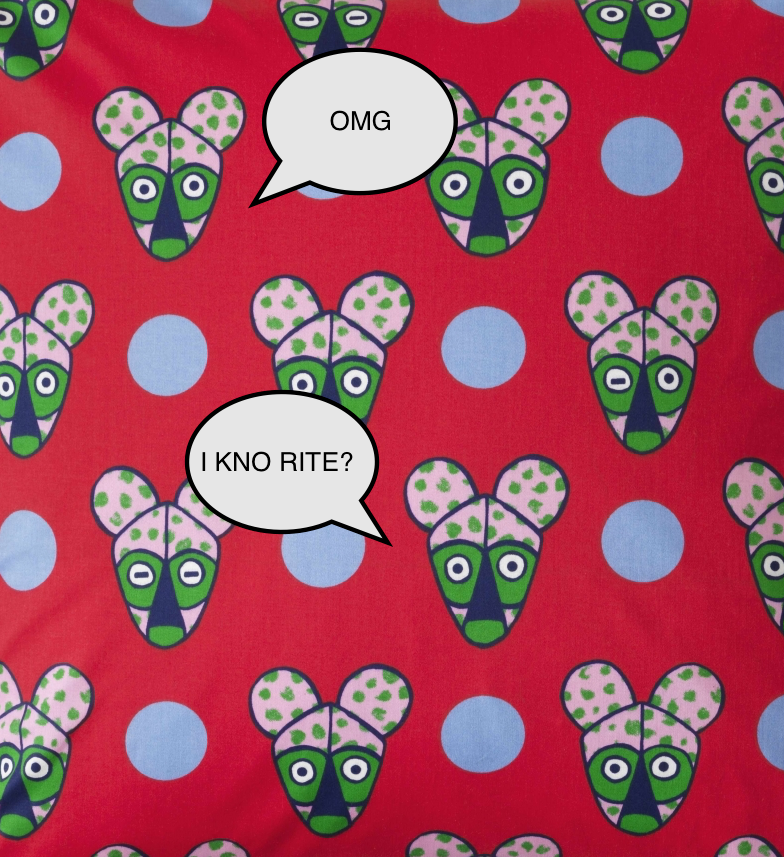 That plan didn’t work either. Even though the tracking image was pretty strong, it never picked up. Do patterns on a 3D object not work well? Maybe? 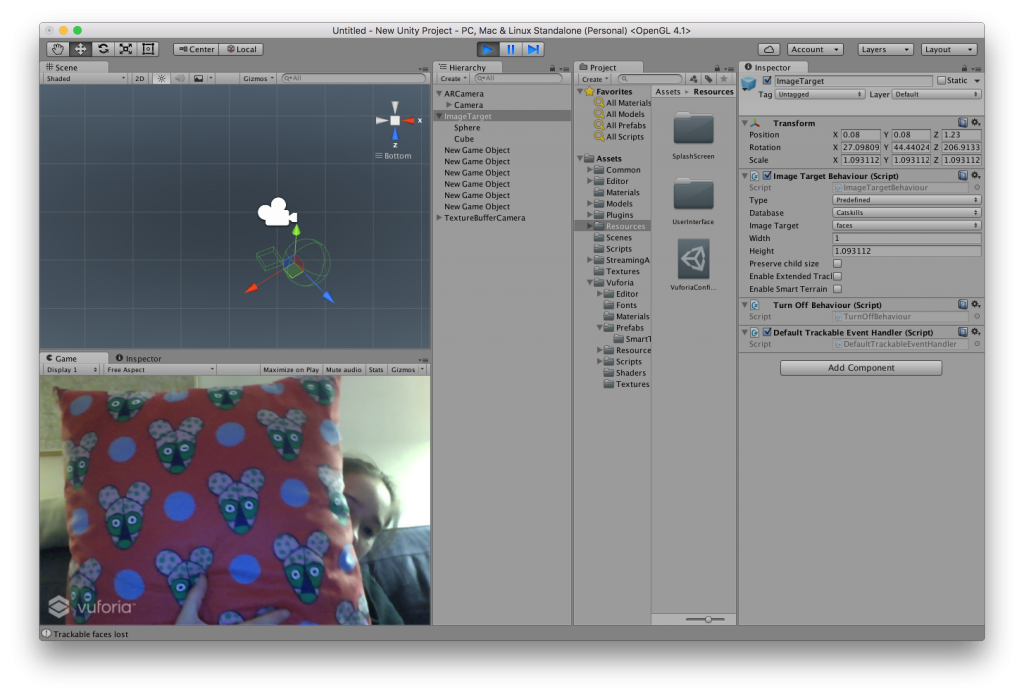 At this point I decided to go for just making something work. Anything. I choose to do this week’s project alone so I would have to do all the work myself and learn about Unity (since I’m a total n00b). I’d hoped to be able to put in some animations and cools stuff, but at this point I was really frustrated and just getting the darn thing working was my main focus. I decided to try augmenting a book, since their covers are flat and graphic and should make good targets. I picked Hyperbole and a Half for my book. The cover seemed like it would work as a target and the cartoon style of the book seemed like something I could replicate with stock shapes in Unity. Maybe I could make the book into the character from the book. Also, the harried, crazy, lost tone of the stories suited my state of mind that this point. 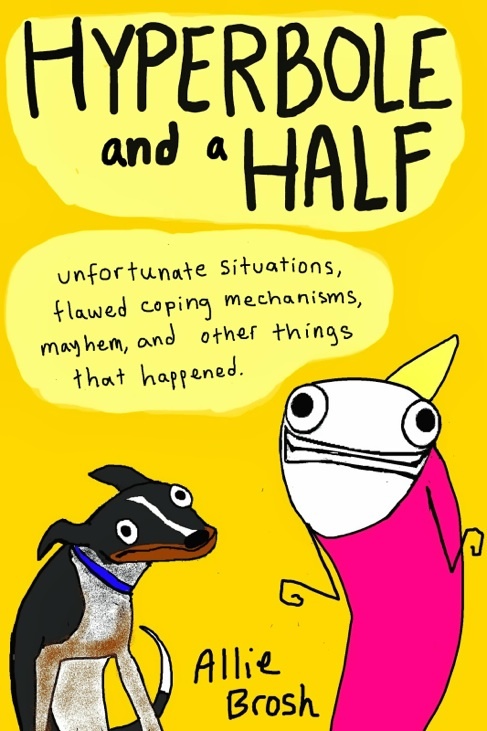 I did eventually get something working, but not as much as I would have liked. It took me some time to get my head around simple things like rotating objects (seriously, it is so counterintuitive!) but eventually I got something working. It’s not pretty, but I did learn a bunch about Unity.

week2 AR from coldsoup753 on Vimeo.