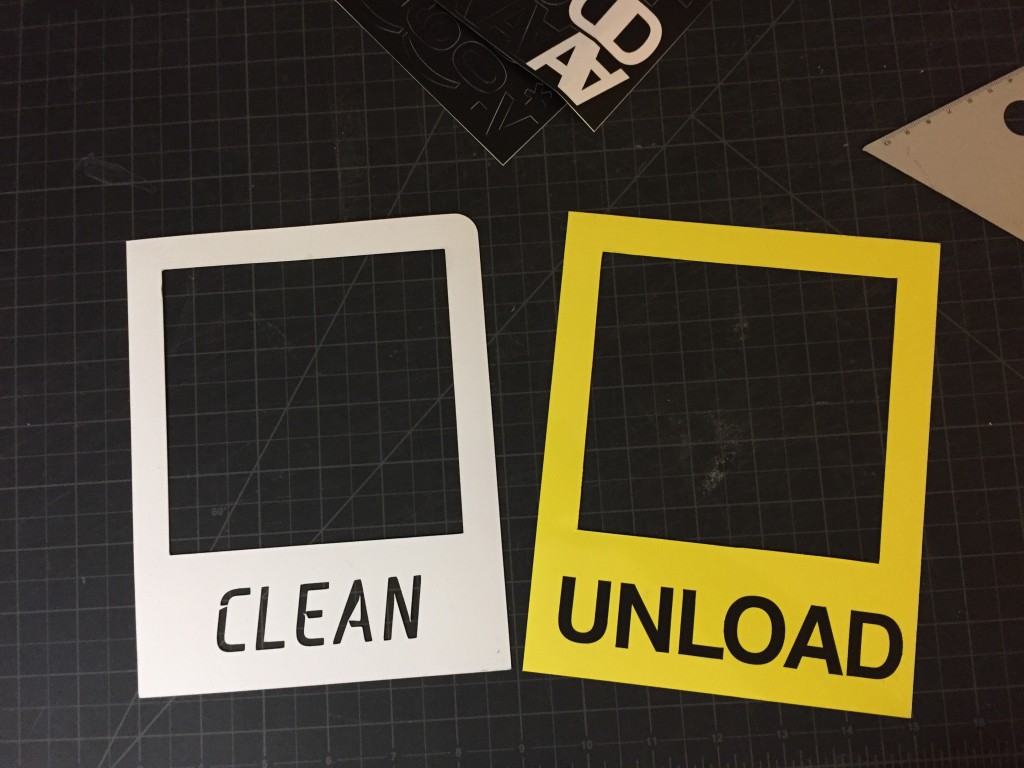 I chose to change the magnets on the front of the dishwasher for my nudge. My hope was that the change would highlight the need for people to unload the dishwasher. I chose a yellow and black color scheme for high visibility. 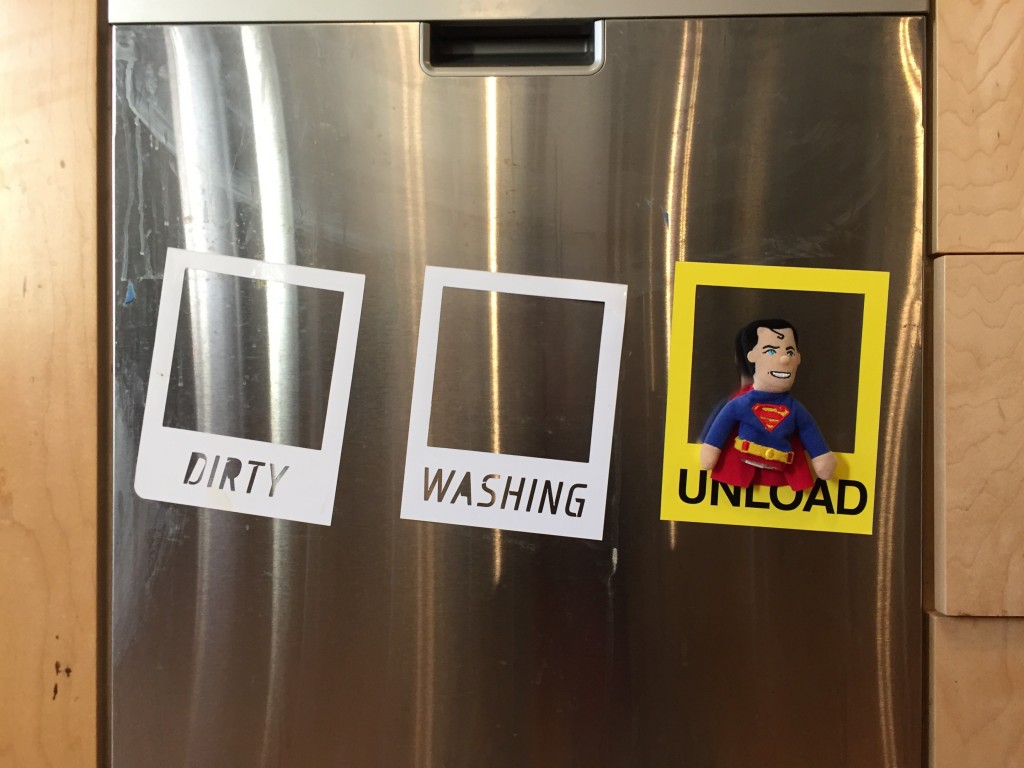 Preliminary results are promising. On my first day of observation students did unload the dishwasher more quickly and as a result there was no crunch at 3pm. Everyone was able to put their dishes in the dishwasher right away. Results were less promising on the second day, George unloaded the dishwasher.

An interesting unexpected behavior, people seem willing to move the magnet into the ‘Unload’ section if they see the dishwasher needs to be unloaded but do not have the time to unload it themselves.

It’s tempting to try and correct the debate. Is what a candidate saying true? Does it contradict something they said earlier? While I think it matters to point out that one of the candidates is a much bigger liar than the other, this election is a culture war. I question that anyone is going to be swayed by fact checking. It’s more important to convince people that your worldview is more compelling than the other side.

People are too busy calling Trump a moron to engage with his supporters.

Many of them are supporting with reservations. Although my instinct is to call Trump a moron, I hesitate to really lean into that. Many people in this country have real grievances, and they feel like voting for Trump is their only option. They know that he is probably bad for the country, but they want to be heard. It is important to let people know that they can be heard, without burning everything down.

Fighting Polarization
The biggest success of any media organization right now would be to try and lessen the polarization in our country right now. I give props to, of all people, Glenn Beck for listening to Black Lives Matter organizers and bringing them on his show. He saw that even though he disagreed with many of their political views, they have a lot in common with his viewers. He wanted to highlight that similarity, and was pilloried for doing so.

I observed activity in the ITP kitchen for this assignment. Sharing a common kitchen is always a challenge, so there was sure to be some pain point there. My original thoughts were around running the dishwasher, since I know that has been a problem in previous years and is something I don’t do all the time myself.

However, after observation it turns out that running the dishwasher is not the sticking point of the ITP kitchen. Some of my observations:

The fact that not many kitchen-users are unloading the dishwasher creates a situation where both dishwashers are full. This in turn creates a backlog of dishes that either are left on the counter or washed by hand. The result is a messy kitchen or one that’s overcrowded. The situation is exacerbated by the ‘3pm Rush’ where many people are cleaning up their lunches before they go to class. I counted at least 20 people who either left their dishes in the sink or waited to wash them by hand instead of unloading the dishwasher.

So, I started looking at material of the other candidates. I cut up some of Hillary Clinton’s testimony at the Benghazi hearings. But, listening to people say ‘Chris Stevens’ over and over again was somehow worse. I kept trying to make something that critiqued the act of using this man’s death for one’s own means, but I couldn’t do that without using his death for my own means. I can see that being a struggle for the rest of the semester. Critiquing video coverage of a topic in a video class without doing the very thing you’re objecting to may be harder than it looks. I put the Benghazi video away.

In the end I found myself back at Donald Trump. I realized that I really wanted to yell at him. I wanted to tell him that he is an idiot, a coward, and that he isn’t smart enough to be president. I wanted to point to him and say “Can’t you see that this man is afraid?”. I don’t think that the supercut I made does that, but I do like what it does. I cut together all his promises from one speech and then laid text over his face that says “Mr. Trump does not know how to get any of this done.” It’s not a particularly cutting observation, but it’s a start.

This past summer the National Park Service celebrated its 100th birthday, a tremendous milestone for any organization. One of the main challenges that the National Parks face as they look to the future is how to attract more minority visitors to the parks, as current park visitors are overwhelmingly white.

The National Park Service has a number of initiatives in place that they hope will bolster attendance, recognizing minority history in existing parks, adding more language inclusivity, and recruiting more minority rangers. The Park Service is hoping that once people visit a park, they will fall in love. However, I can’t help but think that more effort is needed to grow minority attendance at the parks. Getting to a National Park is quite an effort and without a solid idea of what the National Parks can offer, people are going to be disinclined to visit at all. And if you can’t get them in the gate, they won’t fall in love.