Is fracking a solved problem? 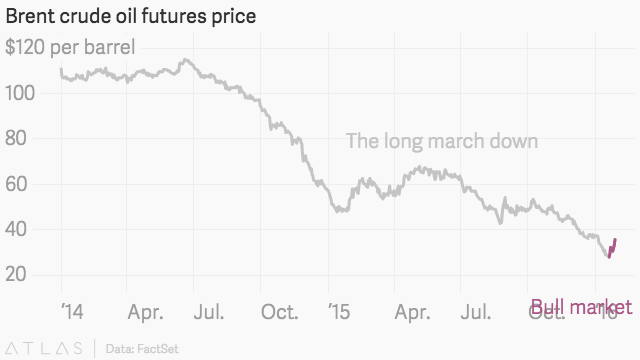 The price of Brent crude oil, the global benchmark, has been dropping for a year. This is largely the result of Saudi Arabia’s efforts, though OPEC, to kill competition from the US ‘Shale Gale’ on the global oil market (though lower demand from China is also a factor). OPEC has increased their production with the goal of driving US producers our out of business. At first US companies appeared to be weathering the rough market, but the sustained low prices are finally taking their toll. 60 oil companies have filed for bankruptcy and energy consultant IHS Inc suggests that there are up to 150 more that may follow suit. This doesn’t erase the existence of the wells are drilled already, but it does mean that pumping them and drilling new wells is not economically viable.

In order to make sure that US shale energy doesn’t strongly re-enter the market OPEC will have to keep the price of Brent crude at $50-70 a barrel, which they seem completely willing to do for the foreseeable future.

Petroleum products are going to be the main source of global energy for the foreseeable future (you can’t run a cargo ship on batteries), but consumer patterns are changing. Uber and Tesla are going a long way to change how people think about car ownership and fuel consumption. From what we can see now, we are a long way from the end of oil, but the conceptual groundwork is clearly being laid for consumers. We’ve gotten so used to our phones and computers running on batteries, it’s not a big conceptual leap to running our cars and homes from them as well. When the technology is ready, consumers will be ready too.

Right now, one of the most important things to do is to create demand. Look at Tesla, they are creating high end luxury cars both because the technology is still expensive and because the want to make a product that is exclusive and desirable. The more they can make people want the cars while they are rare the better. Electric cars have become the sexy alternative.

What other ways are there to introduce different energy products and energy diversity into the consumer mindset, if not the market?