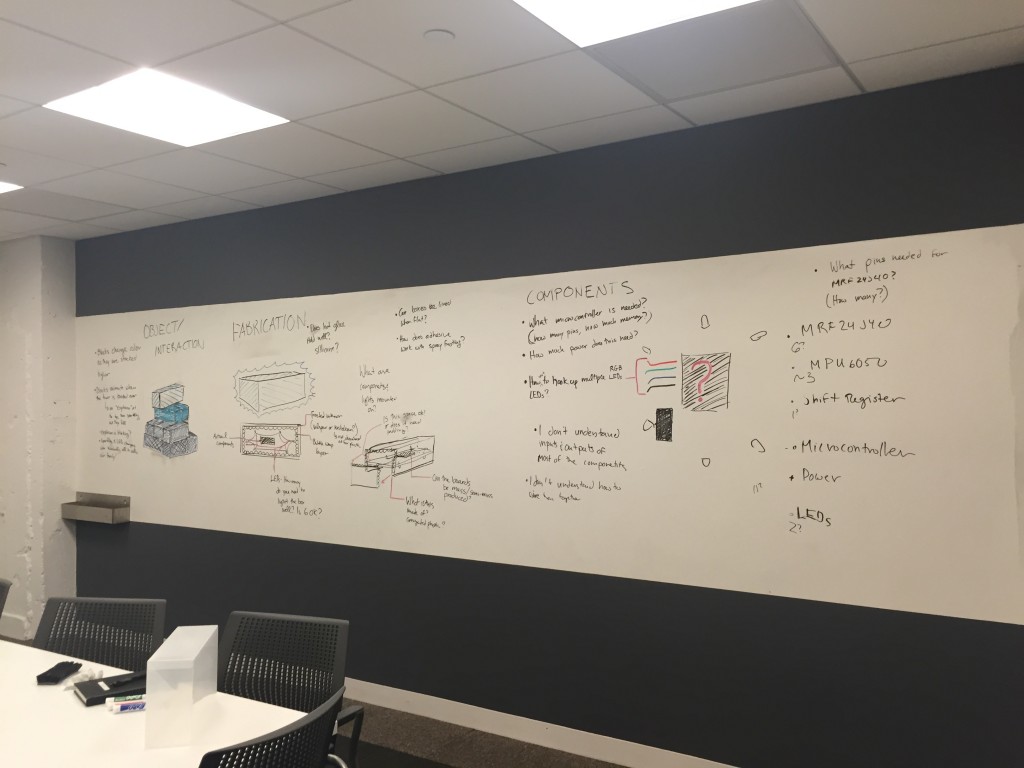 With that in mind the components in each box will be:

The blocks themselves will be made of:

I’m sure that I will end up needing other components and materials as I test and prototype everything, but that list should be what’s at the heart of each box.

Something that won’t make it into this version, as it’s not central to the concept, but that I would love to add to a future version is the MRF24J40MA-I/RM (RF Transceiver Module). It would be a great way to let the boxes communicate with each other and other, as of yet unimagined, components.

My current build plan is:

But that is highly dependent on all the different component orders arriving in a timely manner. I think that one of the main challenges of this project, besides simply getting everything working, will be allowing enough time to make multiple blocks.